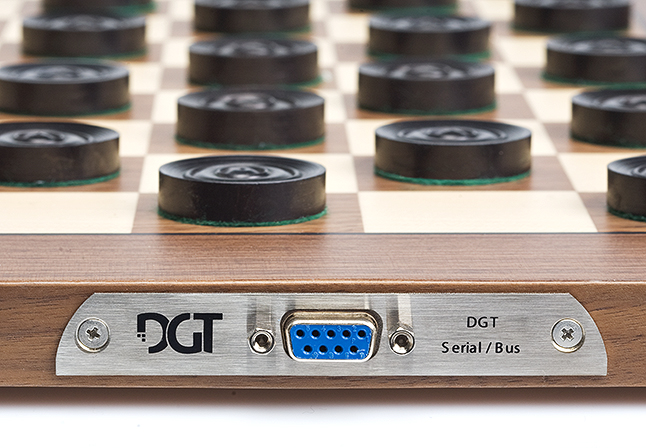 Based on the proven technology of the electronic chess boards, DGT developed boards for 10x10 international draughts.

These draughts e-Boards are used at World Championship matches and draughts tournaments around the world. The DGT XL and DGT3000 clocks connect with the draughts boards.

The DGT draughts boards have a serial connection and can be used in a serial network with up to 12 boards per serial port on a PC. Games can be broadcast live on the internet using the EBS Draughts Tournament Software.

For use at home or club a single draughts board can be connected to a PC or laptop. With the aid of the free DSBS software the boards can communicate with most existing draughts programs such as Kingsrow, Dam 2.2, Truus, and Flits. The display of the clock will show the opponent’s moves.