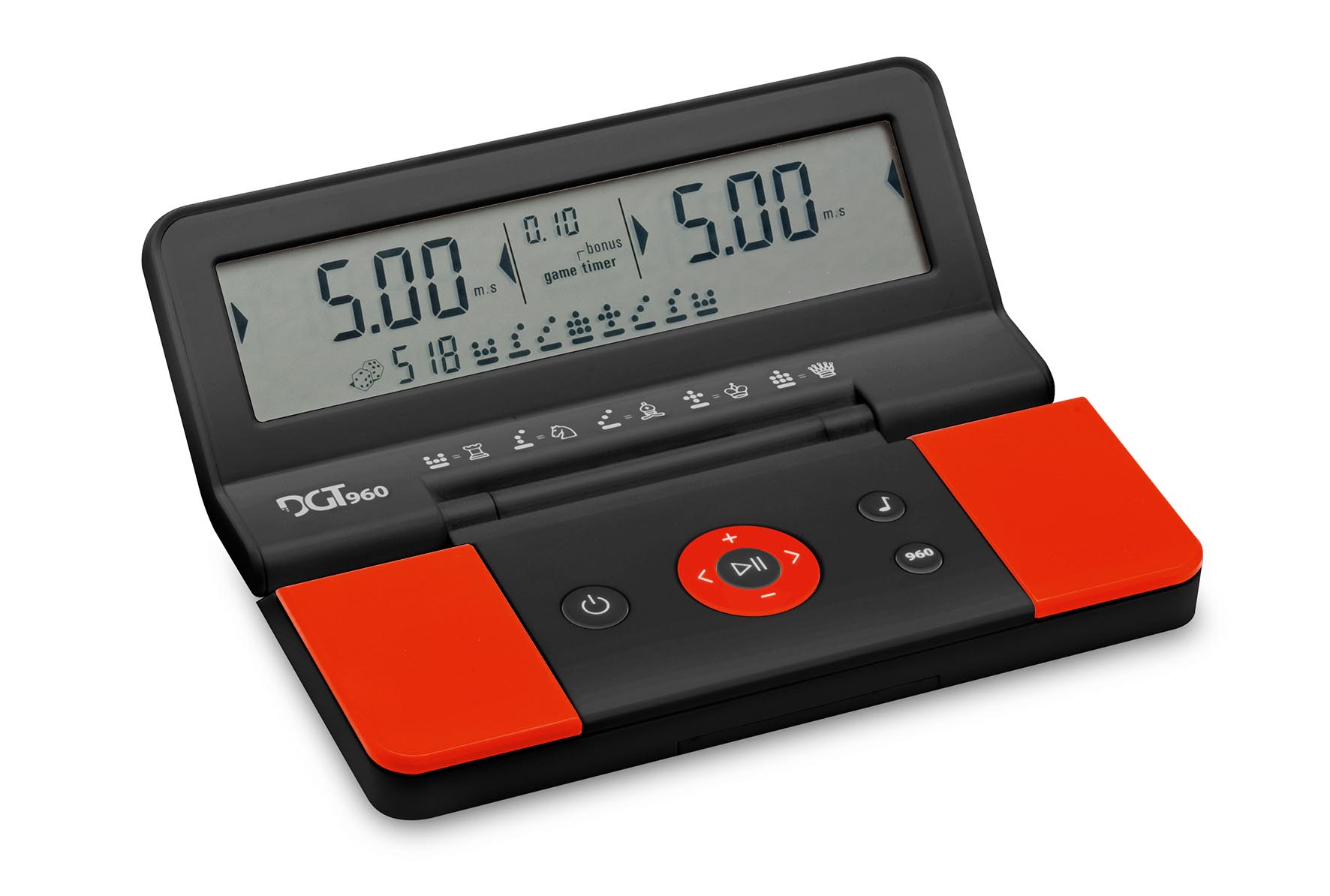 The new way to play!

The revolutionary foldable DGT 960 chess clock can easily generate one of the 960 starting positions for the new way to play Chess.

The first chess clock that automatically and at random will generate 960 starting positions. The display shows symbols indicating in which position the pieces have to be placed on the board. It brings many chess-lovers back to the chessboard. The aspect of having a lead through knowledge of theory about chess opening moves sequences makes way for creative thinking. This idea of former World champion Bobby Fischer, who recently passed away, has been the most important improvement in chess since 500 years. This chess clock is a gadget that every chess player would wish to have.

Easy of use and programming made extremely easy.

The DGT960 in black and red is available from April 2013. The updated model replaces the original white/orange version. It has move timer, game timer options and includes bonus and delay settings.

This handy foldable pocket timer is the first chess clock with a random Chess960 generator. Simply press the 960 button and a randomly chosen Chess960 starting position will be shown on the display. Next to classical chess, Chess960 is the only other form of chess that is officially recognized by the International Chess Federation FIDE.

In Chess960 every game starts from a different position and the chess pieces are placed in one of 960 different possible starting positions. This idea of former World Chess Champion Bobby Fischer has been the most important improvement in chess in the last 500 years.

With Chess960 players must start creative thinking from the first move as any knowledge about the theory of classical chess openings is useless. Chess960 brings many chess lovers back to the chess board.